An AI chatbot that grossed over 1 million users in 5 days. Now that’s what I call taking over!

ChatGPT caught the internet by storm. In mere 5 days, this AI tool surpassed Facebook’s 1 million user milestone, which according to Ask Wonder took the company 10 months to reach. This record has resulted in ChatGPT becoming the fastest-growing platform to date.

So what is ChatGPT? GPT stands for Generative Pre-Trained Transformer.

It is an AI-powered language interpretation tool that allows one to converse with a chatbot much like a human, whilst providing a wide variety of additional features. Simply put, a trained model able to generate content.

An AI company called OpenAI created ChatGPT. This company has reached some milestones which at first seem outer worldly such as Jukebox – an AI capable of generating lyrics to a snippet of audio and DALL·E – creating images from text.

How to use ChatGPT?

By first breaking down the question, the AI generates words that match the topic of your inquiry. From simple questions about holiday gift ideas to philosophical questions regarding life and death, ChatGPT can do it all. By entering some keywords or phrases the AI tool is even capable of writing an entire essay!

The opportunities truly are endless, unless your questions are a bit inappropriate, as this Chatbot will deny your request. Furthermore, the ability of this platform reaches even to coding. In other words, you can request this AI to write you the code for a simple mobile game in the coding language of your choice!

ChatGPT is still in its research phase and therefore is free of charge, for now.

According to ciocoverage by using the current rates of Microsoft Azure cloud, where ChatGPT is reportedly being hosted, and working on a 30-word average response computing costs are estimated to be $100,000 per day or $3 million per month.

After looking at these numbers we may argue that Sam Altman’s words have been an understatement, to say the least and that the need for monetization can be understood.

In light of this, monetization of ChatGPT is likely to take place in the future, since funding these daily costs would drive any company to the ground.

However, as of yet, there has been no official word from OpenAI on monetization strategies, leaving users to speculate. Some have suggested the use of ads on the website, while others prefer a monthly subscription over constant pop-ups.

The AI tool is still in its development phase which can account for this particular drawback. Its potential impact, however, cannot be ignored.

According to OpenAI, ChatGPT occasionally provides incorrect answers, which can lead to some worrisome predicaments. Will this chatbot save you time, or just make life more difficult?

Fact-checking every AI-generated answer may in reality cost a user more time than simply writing something from scratch.

The education industry is one such industry where this AI tool may not prove to be as helpful. Moreover, many lecturers and teachers might regard the use of such a chatbox as cheating.

Additionally, AI-generated essays that are above the student’s ability may take away from the learning experience. Therefore, the question now stands: How will the education system react?

One might predict the use of software to detect whether the text is written by AI or not. Giant Language Model Test Room (GLTR) is one such software. This program will inform you of the likelihood that the material was produced by AI.

Other educational institutions, however, have employed stricter protocols. According to the New York City Department of Education, ChatGPT access is being restricted on school computers and networks over fears of inaccurate data and impairing students’ learning.

In addition, believing everything the AI tool claims can be fatal.  Users must especially be wary of medical advice as this chatbot gives trained answers and not information from reliable sources available on the internet.

However, despite its shortcomings, it still seems as though AI is the future, even if not all industries are as excited about this fast-growing technology.

The future of ChatGPT

Will this AI tool replace some professions such as writers and computer programmers, a question presumably on many of your minds? The short answer is no! Not yet at least.

For now, it seems as though we should look at these AI chatbot platforms more as virtual assistants. A time-saving tool that can help us in our daily lives at work doing rough drafts, compiling ideas, or being entertaining by simply giving interesting answers.

In light of everything we now know about ChatGPT, OpenAI, and other publically available AI platforms, it is clear that the current AI tools are not yet as reliable as we would like them to be.

Despite this, it appears that these platforms are in high demand among writers and programmers who can utilize these tools for work. Additionally, these platforms are also highly sought after by students and individuals who are curious and eager to learn.

A million users in five days is an impressive number, but will its rise be accompanied by quick burnout? Or are we witnessing the future right in front of us? Either way, AI-powered tools are something to keep your eyes peeled for, or you might risk being left behind. 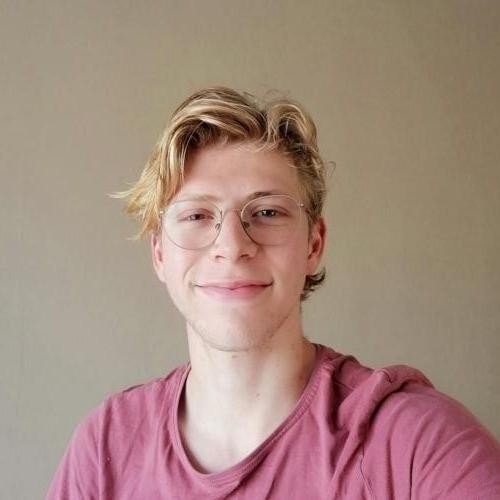 Corne Meyer
Corne Meyer is a young content writer eager to produce thought-provoking blogs. With Marketing Buddy, he aims to offer readers easy-to-digest material alongside some food for thought. Nevertheless, don’t take this to mean he’s carefree about his work. The writer strives to deliver factual content by gaining a thorough understanding of topics.
Previous article
How To Grow Your Social Media Following Organically
Next article
Why Study Digital Marketing?

The Importance of Design in Marketing

The Daily Brief from Lost Marketer

Get the Morning Newsletter delivered free to your inbox every day.