Love him or hate him, you have to admit that Elon Musk has ambition.

Love him or hate him, you have to admit that Elon Musk has ambition. However, sometimes a little too much for his good.

Throughout this piece, I will discuss the events which happened following Musk’s requisition of Twitter and the likely results his ownership will bring forth in the future.

Mass layoff and the chaos which followed

Twitter suffered massive layoffs in November, decimating entire divisions of the social media platform. Around 50% of the company’s workers have been laid off. Furthermore, hundreds of remaining employees have resigned after Musk’s ultimatum.

The email threatened them with losing their jobs if they did not work intense long hours. However, that is not the only reason many jumped ship.

Twitter’s 2022 annual report stated that the company strives to be a more inclusive, diverse, and accessible technology company.

They feared that under Musk’s leadership Twitter would abandon many of the projects, even the principles that made it an agreeable work environment. In retaliation, some remaining employees even revolted.

According to an SEIU Local 87 tweet, janitors employed by Flagship and cleaning Twitter offices in San Francisco have gone on strike.

In their statement, they claim to be “fighting for the pay, benefits, and job protections” to provide for their families.

Several former employees have joined in expressing their dissatisfaction on social media, while others have taken a step further.

Former employees and contractors are suing Twitter for failing to provide adequate notice of layoffs.

Nevertheless, lawsuits against Elon Musk are nothing new. As a matter of fact, during Twitter’s requisition, the billionaire was sued.

By stating that he no longer wished to invest in the company, Musk breached his agreement. To avoid a trial, Musk settled and paid the sum that was agreed upon.

It is impossible to predict whether this frenzy will subside or if it is a glimpse of what Twitter will be facing in the future.

Nevertheless, the loss of so many qualified workers increases the risk of future complications arising within the company or with the site itself.

Extremism, technical difficulties, and the deprioritizing of content moderation

In haste, code is being rewritten, and professionals have limited experience with Twitter’s proprietary software, making it vulnerable to hacker attacks, ransomware, and other criminal scams.

In addition to maintaining millions of lines of code, protecting users from malicious individuals is not an easy task. In the wake of Musk’s takeover, the company may have a challenging time responding to racist, transphobic, and antisemitic posts given a reduction in staff.

In his open remarks, Musk expressed a desire to open up the site’s content and promote free speech. In an effort to affirm his commitment to this perspective, he invited Donald Trump, Kathy Griffin, Babylon Bee, and Jordan Peterson back on the platform.

While commendable from the standpoint of free speech, these decisions, as well as a potential deprioritisation in content moderation, may lead to increased toxic content and extremism on the site.

With around 87 million followers, Trump can promote his incendiary viewpoints with significant reach, especially now that he has declared his candidacy for the presidency. Axios reports that only 60 of Twitter’s 560 employees (or 11%) moderate content.

The use of automated bots and a lack of enforcement staff make it relatively easy for misinformation and extreme viewpoints to spread. With just a tweet and AI-assisted dissemination, one can cause chaos.

Advertising is a major factor in Twitter’s financial future since it generates most of the company’s revenue. Should sponsors continue to slow down or cut back on disbursements, Twitter may end up in the red.

Almost half of Twitter’s 100 biggest advertisers no longer advertise on the platform. According to Media Matters for America, these 50 advertisers spent more than $750 million on Twitter ads in 2022 alone and more than $2 billion since 2020.

Maintaining basic services or updating the platform could become difficult if substantial revenues are lost. As reported by several news outlets, Twitter requires more than a billion dollars to service its debt. Any event that threatens the repayment of loans or worker security could lead to its demise.

However, Musk is no sitting duck. The CEO implemented a “Blue Check subscription” in the hopes to generate revenue. Prior to his involvement with Twitter, the platform only provided celebrities and journalists with blue checks, precisely to avoid impersonation.

The “Blue Check subscription”, however, allows anyone with a phone, a credit card, and $8 to be verified.

Despite its innocent appearance, these “imitators” succeeded in costing some companies billions of dollars. Among the major falls was Eli Lilly & Co’s stock, which fell more than 4% after an impostor account tweeted that insulin was free.

However, Musk announced that a new and improved Twitter Blue will relaunch in December. As of yet, there have been no troubling complications, and the CEO is in the process of developing additional incentives that will be available to users in the future.

These include priority listings in replies and searches, as well as the option to downvote other accounts to reduce their exposure.

Good intentions which could lead to positive change

There has, however, been a significant policy shift announced by Elon Musk. He stated that accounts devoted to sharing someone’s live location will be suspended, as well as tweets sharing an individual’s live location. This decision was in response to a stalking incident involving his son.

Almost immediately after taking over Twitter, Musk declared that one of the platform’s priorities would be addressing child sexual exploitation content. 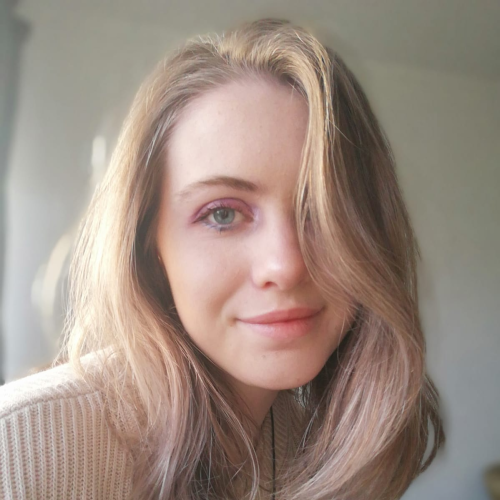 Christelle Saunders
Christelle Saunders is a content writer who has honed her creative writing skills by producing eye-catching blogs and witty social copy during her internship at Daily Dose Marketing. Whether her work is light-hearted or reflective, she aims to stimulate interest and prompt conversation.
Previous article
How To See Search Console Insights in GA4
Next article
How To Grow Your Social Media Following Organically

The Importance of Design in Marketing

The Daily Brief from Lost Marketer

Get the Morning Newsletter delivered free to your inbox every day.